Why are Freight Fuel Prices (BAF) Going Up & are They Valid?

Recent Shipping Gazette™ news articles and the Commentary column focusing on emergency bunker surcharges being applied to shippers (June 9) have prompted interest from readers who have asked the basic question – how are BAF (bunker adjustment factors) calculated?

BAFs aren’t the same as the emergency surcharges. These an everyday occurrence wrapped up into freight rates quoted by lines along with other surcharges such as PSC  (port service charges), THC (terminal handling charges) and the like.

However the attention given to the emergency surcharges has spilled over into a focus on the everyday BAFs, as shippers seek to understand exactly what they are paying for.

One reader summarised his view by saying he had found inconsistencies in BAFs charged by individual lines by sector (e.g. North Asia trade compared to North America and by relativity to miles at seas for the round voyage).

He also questioned whether there are differences in BAFs on the same vessels carrying cargo from different VSA (vessel sharing agreement) partners.

“It all begs the question as to what is the barrel price/price per tonne range for normal, i.e. the levels and range for which nil BAF applies, or indeed a BAF credit might be triggered?”

He concludes by saying he surprised that no Government body or industry association has picked up the cudgel regarding “the rather random application of lines’ bunker surcharges”.

I’ll come back to the point about shipper body attitudes later, but as a starter, let’s look at the concept behind BAFs and the methodology used to calculate them.

I began my quest by trawling through the web sites of about half a dozen major lines, thinking it would be easy to discover the formula being used by each. To my surprise, I couldn’t find any – albeit lines might be able to prove me wrong by supplying valid URL links.

“Inevitably fuel price is a significant factor in ocean transport . . . Carriers such as MSC had to put in place a Bunker Contribution, which is an adjustment applied to offset the effect of fluctuations in the cost of bunker fuels.”

I found an interesting article. It goes back ten years, to 2008, and reflects the last time when bunker prices became a serious issue of shipper concern.

It was the middle of the GFC, fuel prices had tripled in the previous three years, and container lines were complaining bitterly that they couldn’t recover their bunker costs — especially in the trans-Pacific trade, where contracts with large customers rolled the price of bunker fuel into an all-in freight rate that didn’t allow bunker cost increases to be passed to shippers.

Many shippers resisted allowing bunker adjustment factors to float because of suspicions that carriers would use BAFs to make up for their inability to increase freight rates.

Maersk Line at that time tried to allay those suspicions and end the all-in contract rates with a new formula for determining the BAF that was simple, transparent and could be calculated easily on the company’s web site. To combat any doubt about its motives, Maersk based the formula on calculations provided by independent, third-party shipping industry sources.

The then vice president for Pacific services Vincent Clerc said creating a new formula needed to account for vessel capacity (as larger vessels used less fuel per TEU), the imbalance between headhaul and backhaul cargoes (vessels still have to burn fuel carrying mostly empty containers on the backhaul), and the number of days in transit. 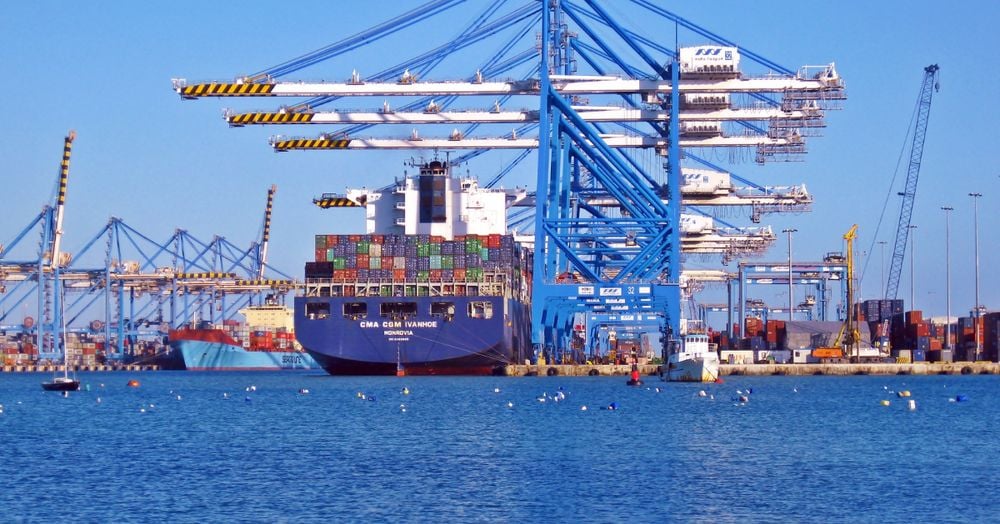 The four elements were to be recalculated once a year at the start of the annual contract season, and the base bunker fuel factor price recalculated every three months, based on the average of fuel prices in the previous 13 weeks. These four elements in the constant factor were formed from figures supplied by independent third parties.

The article included a hotlink to a Maersk Line web page that described the formula in detail, but when I tried it, it showed as no longer in existence, therefore I can’t say if that exact formula is in play today.

It does, however, give an overview of what goes into calculating a BAF. Overall, the BAF rises when fuel prices climb, but drops when the bunker price falls.

Coming back to the point about the attitude of shipper bodies to BAFs, I checked with Mike Knowles of our own NZ Shippers’ Council, who says that each line has its own BAF mechanism, and the council has always been given it when it has asked.

He says the size of BAF will be dependent on each line’s situation, such as the size and number of ships operating on a string, where their main bunker point is etc.

I also checked with shippers’ organisations overseas to see what their position is in relation to BAFs.

Mainly their current ire is directed at the spate of emergency bunker surcharges as opposed to ordinary BAFs.

Alex Veitch of the Global Shippers’ Forum responded to my query by endorsing the statement by Drewry, the UK-based market research firm:

“After half a century of doing business lines should by now have a workable system to deal with increases in external costs like fuel and not have to impose new surcharges.”

He added: “Shipping lines should be taking long-term positions to protect against future rises in oil prices to avoid price shocks to customers.” The British International Freight Association (BIFA) , the trade association for UK freight forwarders , has challenged the legitimacy of fuel and other surcharges that shipping lines seek to apply.

BIFA’s director general Robert Keen says that the number of surcharges and fees continues to grow, often with no real explanation or justification. He argues that the contracted price agreed between the shipper and carrier should not change, and that “additional surcharges imposed by shipping lines should not be allowed”.

Interestingly, a legal decision made by the European Commission in July 2016 recognised commitments by 14 major shipping lines to provide more transparency in pricing, and to end their former practice of co-ordinating percentage prices rises (the so-called GRI mechanism).

The European Shippers’ Council has already alerted the EC to the emergency BAF surcharges and asked it to consider whether there is any evidence of lines going against their pricing commitments.

Perhaps the closing advice of Mike Knowles, of our Shippers’ Council, is sound: “I would expect that it is the individual responsibility of the shipper to check the BAF mechanism — of course, whether it makes sense to the average shipper is another question!”