“Spirits are particularly relevant in this context because of the level of excise — per litre of alcohol content the charge on spirits is $52, whereas beer and wine is $28/$29,” he told the Shipping Gazette™.

“There are two aspects to it. Firstly, it is that product is being brought into the country and skipping the taxes that everyone else has to pay.

Secondly, and this is a global concern in the spirits industry, is that if you are bringing the product in and not going through the due process regarding verification and point of origin etc., then you can’t guarantee what fluid is in the bottle.”

Although praising New Zealand Customs Service for doing a “great job” in tackling alcohol smugglers, Mr Brewer nonetheless said there is “definitely some smuggling going on”.

“The first step is to get an understanding of how widespread it is.  My members have anecdotal evidence that it is underway, but we don’t have any hard evidence.”

Mr Brewer said one of the pointers to there being a potential increase in alcohol smuggling is the notable volume of alcohol being legitimately parallel imported.

“From a global perspective, what tends to happen is that when the legitimate parallel product level goes up, the amount of your illegal product goes up.”

How to Resolve The Issue

To help inform the direction of its project, Mr Brewer said he had met with Customs to establish what information the agency required to facilitate best taking action against alcohol smugglers.

“We’re going to do a lot of information gathering, to provide Customs with a greater level of intelligence on this matter.

“The first thing we are going to be doing is examining those pricing schedules that my members have access to — a forensic examination of those to see if there are lines of product that stick out as not being correctly priced.

“As 75% of the retail price on average for spirits is excise duty and GST, there is not a lot of wriggle room to discount. So, if things are going to market at a large discount then they are either loss leading or something else is going on.

“Labelling is also really important to us. Every bottle of spirits, beer, wine imported into New Zealand must be labelled correctly — the label has to be in English, declare how many standard drinks are in the bottle, has to have a lot of code, have the name and address of the importer.

“My members, who legitimately import product, spend quite a bit of money ensuring the labelling information is up to spec and complies with New Zealand law.

It is all about these indications about what is a legitimate product and what isn’t.”

Mr Brewer said he believed that in many instances, purchasers might genuinely not be aware they were acquiring the illegitimate product.

“That is part of the project as well — to make people aware of what are the signs to look for regarding illegitimate product.

“We’re going to put together a Website and publicise this through the retail and trade magazines and to licence holders, outlining what are the requirements under the Food Act for labelling and so forth.”

He said the Website would also provide a facility for stakeholders to report on suspicious product and Spirits NZ would regularly collate and forward relevant information to authorities. 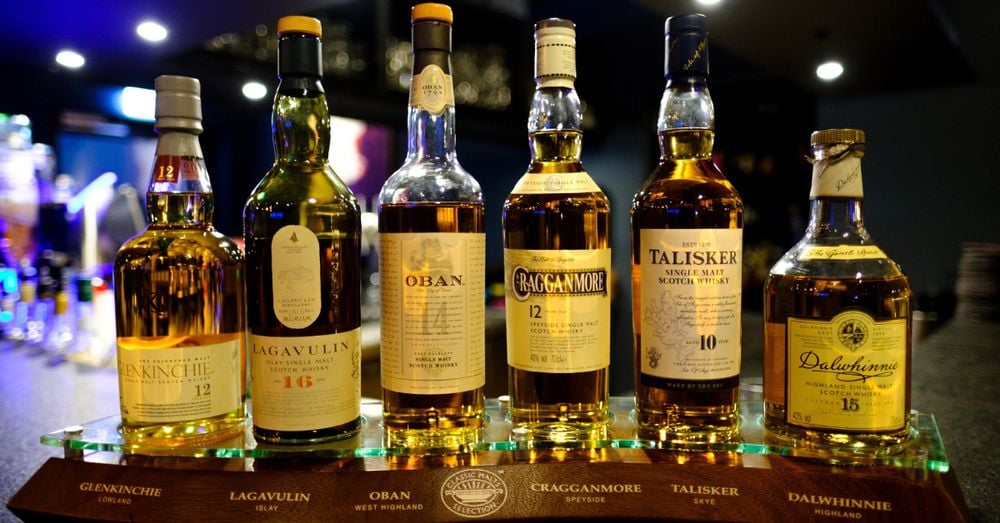 Customs revenue and assurance group manager Richard Bargh told the Shipping Gazette™ that although his agency’s data did not suggest largescale smuggling of alcohol such as spirits was on the increase, nonetheless it was “taking this matter seriously”.

“Customs is conducting its assessments and working closely with industry partners including Spirits NZ to ascertain the magnitude of this issue,” he said.

“Following this groundwork, we will be in a better position to introduce or improve measures as needed.”

According to Customs statistics released under the Official Information Act, there has been a total of 145,335 millilitres of alcohol intercepted in 126 incidents at the border in the January-June 2018 year.

The most prevalent interceptions during that period involved the descriptions of “spirits” transported by “passenger” — which encompassed 97,425 millilitres intercepted over 87 incidents.

“For commercial-scale fraud, it is more likely the consignments are misdeclared or use lower-value or fake invoices to evade duty and GST.

“For example, a Customs investigation that resulted in a three-and-a-half-year jail term for the businessman was using double invoices to show a lower value and declaring shipments as beer instead of soju.

“As most trade is legitimate, and to minimise holding up clearance of legal goods, Customs uses profiling and intelligence to identify risk shipments for further scrutiny.”

Mr Bargh encouraged industry and members of the public to “help play a role in targeting non-compliant shipments” by calling 0800 4 CUSTOMS in confidence.

P.S. We’d love to answer any of your questions! Contact us now . Do you know of other people that will find this article useful? Please share it on social media. Thank you!